Whilst it is relatively well-known that the Ecole Internationale de Genève — affectionately known as Ecolint – was the first international school in the world, and the birthplace of the International Baccalaureate, Ecolint has another claim to fame which is less well known. Ecolint is also home to Switzerland’s Reggio-inspired educational programme. So what does that mean?

Inspired by a desire to create change at all levels in society in the immediate aftermath of World War II, the pedagogy known as “Reggio-inspired” or the “Reggio approach” was developed by pedagogue Loris Malaguzzi in the Northern Italian city of Reggio Emilia, which remains at the heart of the movement.

The Reggio approach is built on a core of pedagogical beliefs which are focused on learning in early childhood, although many can be applied throughout all stages of life. Unlike some educational systems or philosophies, however, the Reggio approach is not one that can be easily “cut and pasted”.

It is deeply embedded in the social context in which each school is situated, and requires a highly experienced and intensively trained pedagogical team to bring it to life in a school environment, taking into account the realities of the school community, which includes all staff, students, and parents, who must work together to build a successful environment for learning and intentional pedagogical project. 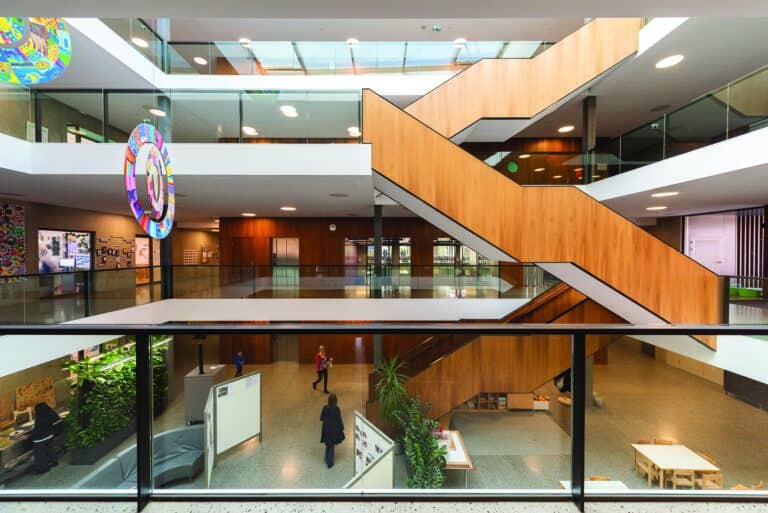 The Reggio approach is built on the premise that every child is a competent learner, who is capable of rigorous research and intensive focus. This includes children who in traditional systems would be considered to have “special needs”, but which Reggio schools prefer to regard as children with “special rights” who enjoy the same approach to learning as their peers.

What logically flows from the first premise of the child as a competent learner are the key principles which govern the approach to learning. Firstly, the principle that the child is the primary architect of his or her own learning, posing their own research questions and devising their own ways to seek answers, through a constructivist (i.e. building their own learning) approach, rather than the passive or didactic approach common to many traditional educational systems in which the theory would see the learner passively absorb information which is conveyed by a teacher. Secondly, to enable this constructivism, the learning experience must be multi-sensorial, with children given the opportunity to learn through observing, touching, smelling, tasting (where appropriate), listening and interacting with stimuli, whether they are naturally present in nature or the classroom, or are intentionally and thoughtfully offered to the child as a “provocation”. Next, Malaguzzi postulated that children possess “100 languages” which they use to construct and communicate their understanding. This includes verbal language, but also movement, music, role-play, media such as clay, watercolour, etc. which are all seen as equally valid languages of and for learning. Lastly, the Reggio approach is strongly dependent on the relationships and inter-relationships which the child learner has with the “three teachers” which the Reggio approach recognises.

The concept of the three teachers is central to Reggio pedagogy. The child is the first teacher, since it is the individual curiosity, autonomous research, and commitment to learning naturally present in children which open the pathway to the majority of learning. The second teacher is the other learners, including adults who accompany the learner(s), whether they are the regular classroom teacher, the team of specialists or atelieristas who enhance projects via their expertise in sculpture, music, drama, etc., the pedagogista who works with teachers and parents, or the other members of staff, who are all – from cook, to cleaner, to caretaker – seen as an integral part of the pedagogical team, and expected to contribute to the pedagogical project. The third teacher is the physical environment – whether built or natural – in which the learner evolves.

To maximise learning, Reggio-inspired environments are designed to be as natural and neutral as possible, focusing more on the learners themselves and the various materials offered to them. The environments are as diverse as the contexts in which the schools exist. In general, they focus on transparency, relation and reciprocity. The role of light, and the deliberate blurring of outside and inside, real and virtual learning environments (the latter achieved via innovative use of information technologies) are all elements deliberately chosen to provoke dialogue, reflection and interaction. The environments favour a variety of shapes and sizes of learning spaces, from large public or community areas, to smaller and more intimate spaces, with children encouraged to use their imaginations, and the natural environment, to create their own tools and props. At Ecolint’s La Châtaigneraie Primary School, Principal Jennifer Armstrong – who was formerly Founding President of the Ontario Reggio Association and a board member of the North American Reggio Educators Alliance – was able to design the new building from scratch to interpret our understanding of these principles prior to its opening in 2011, and first-time visitors to the school are always struck by the airy sense of calm and openness which the building’s design inspires. 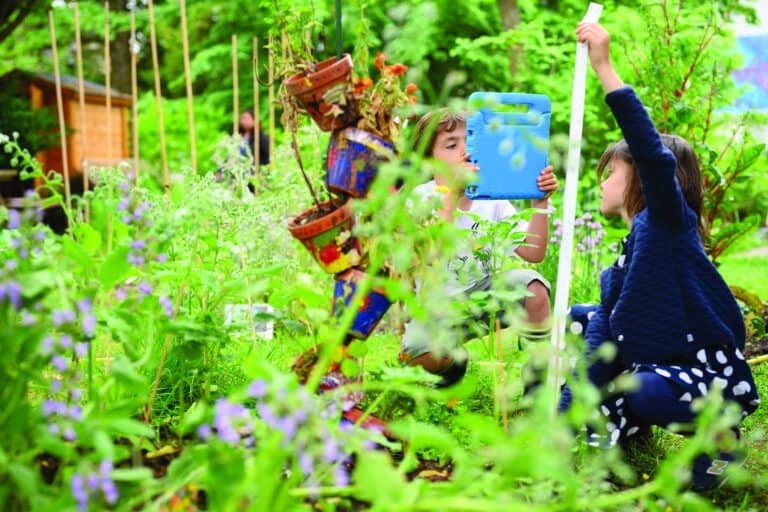 “The Reggio approach is built on the premise that every child is a competent learner, who is capable of rigorous research and intensive focus.”

This calm environment also creates the perfect setting for a pedagogy which is based on active listening. Teachers are attuned to exchanges between learners, focus on thoughtful interjections and questions and seek to enhance and amplify the child’s thinking. Teachers practise a pedagogy of listening that involves the use of pedagogical documentation (photographs, videos, scripted sessions and the work of the children) as a form of ‘making visible’ the learning that is taking place for all the learners.

Inspired by the educators from Reggio, who call us all to respect all children as citizens with full human rights, the learners’ ideas, opinions and hypotheses need to be present in the choices and decisions of the community. Reggio-inspired pedagogy continues to be the object of study of pedagogical experts around the world, including renowned developmental psychologist Professor Howard Gardner from Harvard University’s Project Zero, and has inspired both public educational systems and private curricula including the IB Primary Years Programme, in which many aspects of the Reggio approach can be observed.

Whilst all educators can be inspired by the approach, schools cannot choose to “become” Reggio schools in the same way they can subscribe to other curriculum models on a “pay to play” basis. Although Reggio has evolved from its original and informal community-based organisation into an official non-profit structure – Reggio Children – being recognised in any formal fashion requires a long-term commitment by a school, a direct and ongoing dialogue with experts at Reggio Children and other recognised organisations such as the North American Reggio Educators Alliance, and sustained investment in staff training and development, as well as clear expertise from the pedagogical leadership in the school. Being a Reggio-inspired school is a journey of a lifetime, but given the synergy between Ecolint’s mission to educate for humanity’s future and that of Reggio Children to foster “education and research to improve the lives of people and communities, in Reggio Emilia and in the world”, it is a journey in which Ecolint is very proud to engage in Switzerland.

Jennifer Armstrong is a Canadian national. Passionate about languages, bilingualism and holistic, child-centred pedagogy, Jennifer followed a BA in Canadian Studies and French Language and Literature with a second Bachelor’s degree in Education, both at the University of Toronto. After teaching for several years, Jennifer completed a Masters in Curriculum and Applied Psychology, with a dissertation focused on Bilingualism. Having been successively a teacher, French language consultant to the Trillium Lakelands Board of Education, Director of Academics, Vice Principal and Principal of schools in Canada, Jennifer was recruited by Ecolint in 2009 to open and run the new Primary school at La Châtaigneraie, devising the innovative new approach to bilingualism that is in use today. Jennifer is also a highly-experienced practitioner and advocate of the Reggio Emilia approach to primary learning, which is the underpinning of the PYP pedagogical approach. She is the Founding President of the Ontario Reggio Association and a board member of the North American Reggio Educators Alliance. Jennifer has also lectured and delivered keynote addresses at many Reggio-inspired conferences and university symposia in the USA, Canada and Singapore and is the author of a chapter in a National Association for the Education of Young Children textbook for education programmes on Reggio-inspired practices in primary school.

Resident in the Geneva area since 2004, Michael Kewley read for a BA and MA in Modern Languages at Magdalen College, Oxford. Passionate about language and communication, Michael worked for 17 years at Procter & Gamble in a wide variety of local, regional and global brand management roles, as well as providing communication consultancy and training for the EMEA region. Alongside his professional obligations, Michael has been an elected local councillor in France since 2008, and a volunteer fire and medical first responder since 2007. 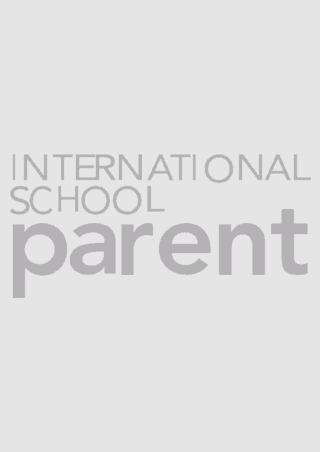